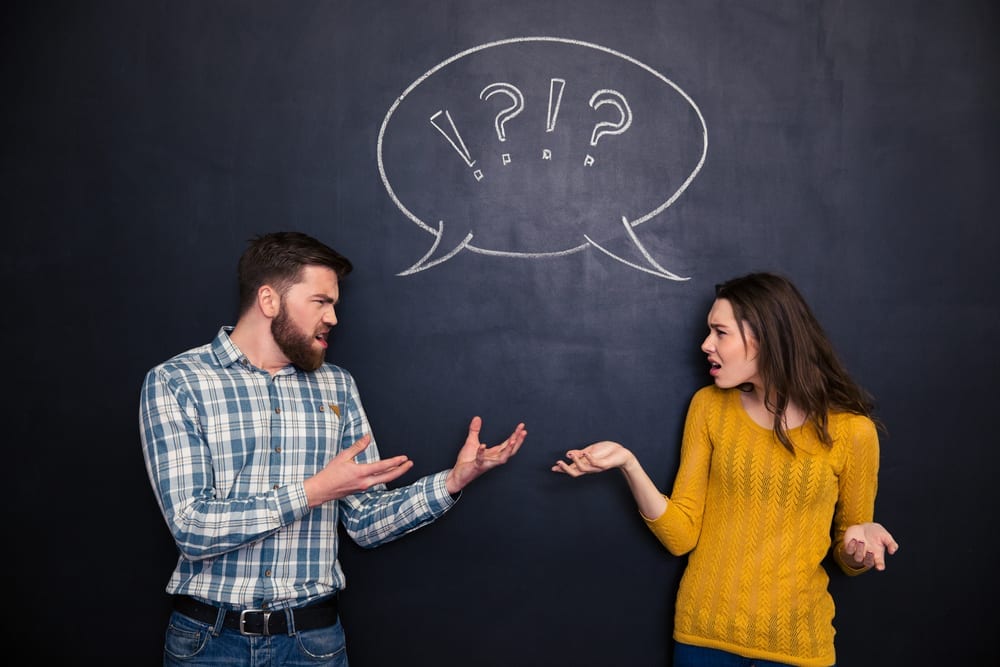 “We Need to Talk”

“We Need to Talk” – This and Other Phrases That Rub Your Man the Wrong Way!

Ladies, we mean well. When our men get under our skin, it takes everything in us not to just snap.

We try to approach the matter as calmly as we can, but, often times, their nonchalant attitude forces us to believe that crazy is what they want to hear. While you’re just trying to get a point across to your man, it can come off as a bit aggressive and dis-inviting… causing them to shut down instead of open up.

Here are some phrases that should be used at a minimum (if at all) when trying to communicate with your man.

“We Need to Talk”

This simple statement can make the hairs on the back of a man’s head stand up. We need to talk makes them feel as though they’ve done something wrong. They become guarded and automatically jump into defense-mode, making it harder to talk.

The Solution:
It may not be what you say as much as it is how you say it. Instead of standing in front of him with your hands on your hips and an attitude, try telling him you’d like to talk to him in a calm tone. This may require you to wait until you calm down. But, your body language says a lot so breathe and let him know calmly you want to talk.

There are times when wives feel as if they’ve adopted a grown boy as opposed to marrying a grown man. Be that as it may, telling your spouse to “man up,” is a blow to his ego. Not only will he not listen to anything you have to say afterward, he may resent you for a while.

The Solution:
While there might be things that your guy does that you feel are immature, when addressing the matter, don’t make him feel like a child. Discuss the facts only, and explain how this made you feel. If communicated correctly, he will man up all on his own.

Women say this a lot. Taking care of the home, minding the children, holding things down at work, and still somehow managing to tackle your responsibilities as a wife… are a lot to deal with. That being said, the more you deny your man some nookie, the more damage it does to your marriage.

The Solution:
If you’re always tired and not in the mood, it’s time to remove some things from your life. Sex is a very pivotal part of a relationship and should be made a priority. When you’re not in the mood, give an explanation other than, “Not tonight” so your man doesn’t think it’s him.

There are times when our words can cut deeper than any weapon. If you’ve found yourself uttering these words to your man, it’s time to make an adjustment. Phrases like these cause him to become defensive, shatter his ego and make him feel unwanted.

Try to find new ways to let your man know what you’re feeling. Whether that means walking away until you calm down, rearranging some things in your schedule to accommodate him, or changing the tone and manner in which you deliver the message, your spouse will appreciate the increased level of respect you have for him in the marriage.